skip to main | skip to sidebar

Computer crashed. Not very conducive for this aspiring writer.

It was Friday, cloudy, as I listlessly surfed the Internet. I used to sit down at my computer with anticipation at what would pour out of me. But lately, every time I sat down and looked at my screen … nothing. I was frustrated and felt very dry in this area. As I scrolled through house plans on houseplans.com, my phone let out a familiar beep. I turned it over and to my surprise saw Aaron Laughlin’s number. That’s not right; I thought to myself, he is in California at the School of the Prophets conference. But it was Aaron, and this is what the text message said:

“Holy Spirit, I call on you to pull out the creative writing ideas in Fran today! You will step out of the dryness today and into the rain, that is the word of the Lord.”

As I read these words something broke over me, I wept into my hands as the feelings of lethargy fell off of me. I looked out the window, wanting to run out in the rain. I wanted this oppressiveness to be washed off of me. I wanted the weight of the message that couldn’t get out, to be rinsed off of my shoulders. But, the clouds had begun to clear and it looked like no rain in sight.

I opened the current thing I was writing. I looked at it with determination. With the guidance of the Holy Spirit I began typing had more done in ten minutes than I had accomplished in the past 3 months.

As I typed I continued to look out the window, waiting for a rain drop to fall. But as more time passed, the bluer the sky got. Then, my phone beeped again, Aaron said this:

“I had a picture of you actually dancing in the rain. Next time it rains I think there is something prophetic there.”

I felt that very thing. I responded with:

“Just waiting for the first drop!”

But as the night went on, there was no rain. As I laid my head on my pillow I thought of rain. And as I drifted off to sleep I dreamt of myself dancing in the rain.

I looked at the clock in my room. It said 9:24 am. It was so dark; I had slept later than I had planned. I laid there for a minute until my ears recognized the familiar pitter pat on my metal roof. It was raining. I jumped up and got dressed. I opened the door and what welcomed me was wonderful. In the weeks of summer, with highs around 100, everyday, it was a cool 65 degrees outside with a steady rain falling. I stepped out of the dryness of my home onto my wet porch. I spread my arms wide and threw my head back as the rain poured over my face. I ran down the stairs into the puddles awaiting me, and as a child, splashed through each of them. I thanked the Lord for the rain, and that I was not made to live in the desert. I declared and prophesied over myself and thanked God that the wells within me would never run dry. I would always have something to write about. As I twirled and splashed around, ignoring the cars driving by, I began to feel the weight slide off. I was sure it ended up in the muddy puddles at my feet. Before too long three of my five daughters were out splashing around with me. As we danced and twirled we prayed and prophesied over each other and others in my family. I prophesied greatness over each of them and myself and Billy.

Bailey jumped in to each puddle with gusto. She squished in through her toes and soon her fingers. As she pranced around covered in rain and mud she said that Blaise would be a great leader. Paige would sing songs to people and they would know God was real and good. Billy was a king among men. Avery would love the Lord always. We would have a great house where people would come. Grandma’s paintings would go all over the world and would be joy to the world.

After about 30 minutes, we were wet and a little cold, but invigorated. The rain began to pick up and the wind howled. Blaise began to shiver a little and I knew our time was done. Avery took one more run through, as we rinsed off our muddy feet. You could still see muddy holes, shaped like feet, scattered through the front drive. As I looked out into that mud I thought of how they would probably remember this moment for years to come. And one day, maybe they would take their own children by the hand and jump through mud puddles until they were too tired to do it again. Then maybe they would take their own kids in the house and wrap them with robes and tell them they were robes of royalty. And them maybe they would make them the most chocolaty hot chocolate ever.

I really hope so!

Posted by Francesca at 8:27 PM 8 comments

Over at 5 minutes for mom I entered Brandi to win something. So scoot on over, scroll through the comments. They say to comment on the one you think should win. I want her to be blessed beyond all belief. So, get to commenting!

Posted by Francesca at 2:59 PM 3 comments 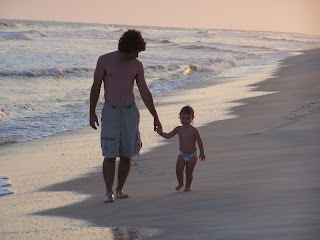 I am entering a summer photo contest!! Check it out here! Vote for meeeee!!!

Posted by Francesca at 8:05 PM 6 comments

Francesca
I am a wife to a wonderful husband. I am a mother to five beautiful girls. I am a daughter of the Most High. I am a worshipper, a writer, a teacher, a reader, a friend, a sister, but most of all a lover of the Almighty!! 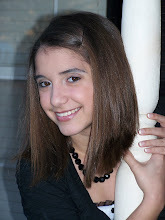 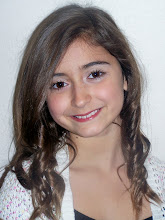 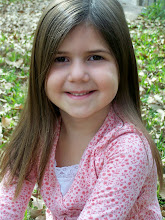 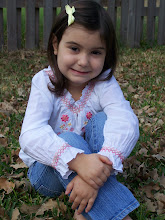 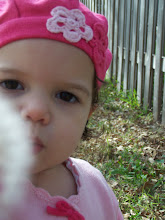